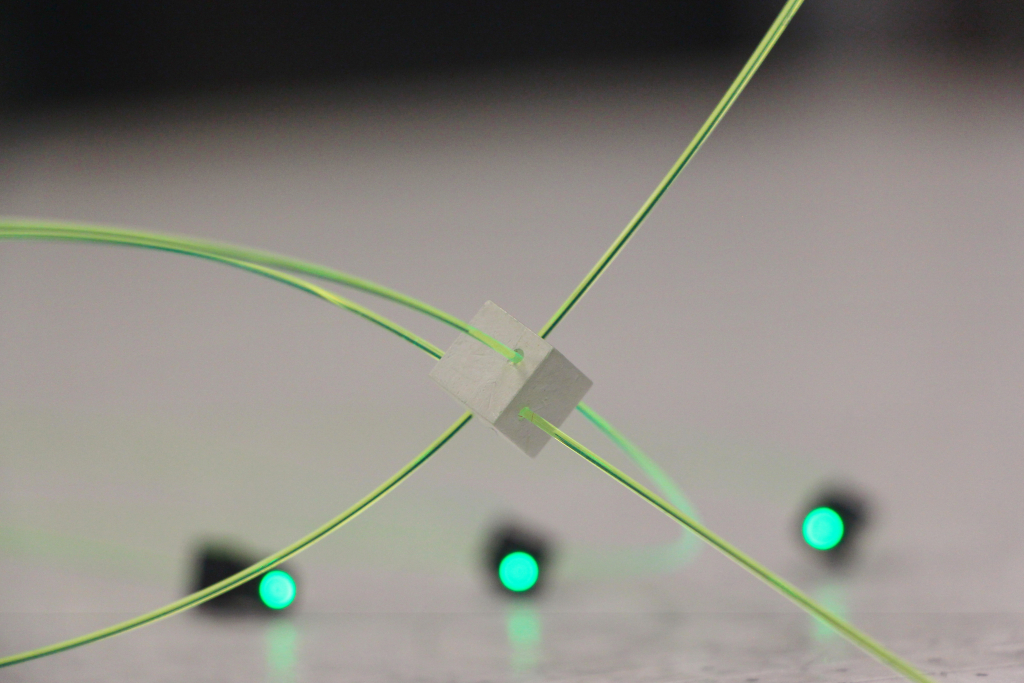 Among the most important achievements of Russian scientists in 2020, the annual report of the President of the Russian Academy of Sciences Alexander Sergeev noted the work "A new restriction on the violation of symmetry between matter and antimatter in neutrino oscillations", conducted as part of the international T2C experiment in Japan. Representatives of the Institute for Nuclear Research (INR) of the Russian Academy of Sciences, as well as students of MEPhI and MIPT participated in this work along with colleagues from 11 countries. How was this result achieved? What does it mean for science? How does a major international collaboration in modern physics work? All this was told by the project manager from the Russian side, Head of the Department of High Energy Physics of the Institute of Nuclear Physics of the Russian Academy of Sciences, Professor, Ph.D. Yuri Kudenko.

The riddle of the universe

"Neutrino physics is the very new physics," says Yuri Kudenko. - Now they are looking for it everywhere in the deviations of the behavior of different particles from the predictions of the Standard Model. And we don't need to look for them, since the Standard Model postulates zero neutrino mass and, consequently, the absence of neutrino oscillations. So we are already studying new physics and it is very inspiring."

One of the most intriguing mysteries that theory cannot yet explain is the baryon asymmetry of the universe. It consists in the fact that there is matter in the world around us, but there is no antimatter. Antiparticles can be obtained only artificially on accelerators. This imbalance most likely arose at the time of the Big Bang, and only one "extra" particle appeared for 10 billion paired particles and antiparticles. The pairs disappeared in the process of annihilation (mutual destruction), and our entire universe was formed from the "superfluous" ones.

The Standard Model (CM) of elementary particles cannot explain this fact. In recent decades, a number of experimental data have appeared that do not fit into the framework of the SM. For example, it cannot explain the presence of a non-zero neutrino mass. The discovery of the neutrino mass in 1998 it became one of the main results of the work of the Japanese underground neutrino observatory "Super-Kamiokande", which was recently described by Nobel laureate Takaaki Kajita in hislecturesduring the Russian Nauka 0+ Festival. 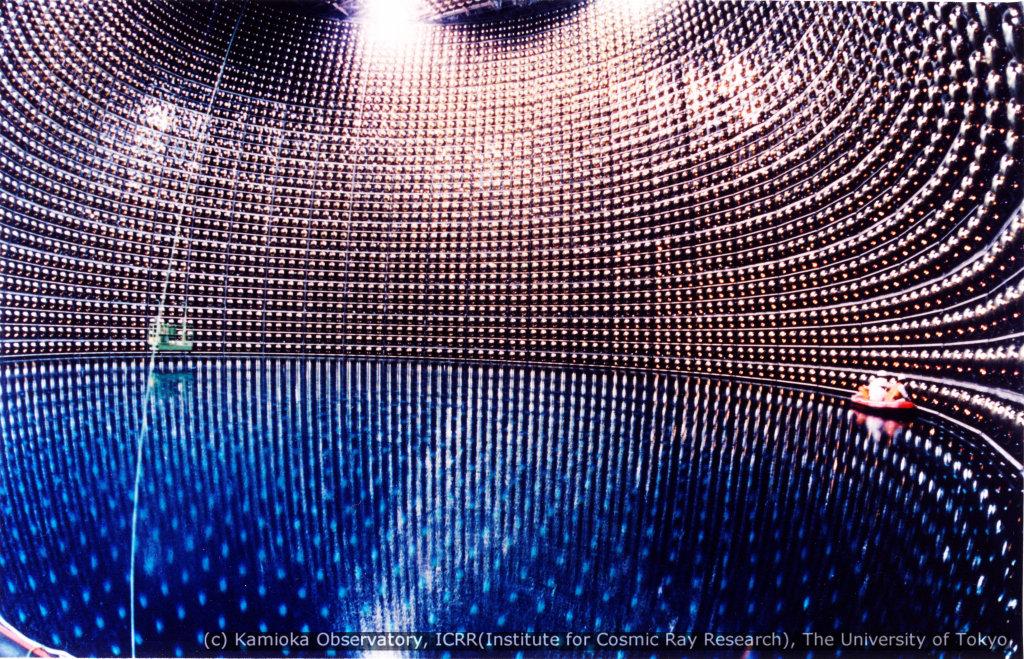 Photo 1. The detector of the neutrino laboratory "Super-Kamiokande" is an underground reservoir with a diameter of 39 m and a height of 42 m, hidden in the rocky ground at a depth of 1000 m, filled with specially purified water weighing 50 thousand tons. 11146 photomultipliers record Cherenkov radiation from charged particles that arise as a result of the interaction of neutrinos with water.

In 2002, a new international collaboration T2C was formed, in which the INR has been involved from the very beginning. Within a few years, a neutrino channel at the J-PARC proton accelerator and a near neutrino detector were created and put into operation. In 2010, a set of statistics began using a neutrino beam directed from the J-PARC accelerator to the Super-Kamiokande detector, which is located at a distance of 295 km in Tokai. Therefore, the experiment was called T2K (Tokai-to-Kamioka).

Fig. 1. Scheme of the T2C experiment.

One of the most important results of this project was the acquisition of data that indicate another important violation of CM predictions: the asymmetry of the properties of neutrinos and antineutrinos, the so-called CP asymmetry. It is still too early to consider this as an established fact, therefore, it is said only about indicating a violation of symmetry, but in the course of this study, very serious data on the existence of this effect have been obtained.

"Neutrino physics is good – no one knows where something will jump out–" says Yuri Kudenko. – It has happened more than once. For example, no one expected in 2011, when we opened the data of our experiment, that we would find a large effect of oscillations of muon neutrinos into electron neutrinos. It was hard to believe."

Many difficulties had to be overcome on the way to this achievement.

Work in the T2C collaboration on the creation of installations began in 2005 and lasted about five years. INR entered the project at the stage of application formation, that is, he became one of its co-founders. The experiment consists of three main parts (see Fig. 1): the huge, 39 m in diameter and 42 m high, underground neutrino observatory "Super-Kamiokande", the J-PARC accelerator, which forms a beam of neutrinos and antineutrinos, and the near detector, which is located at a depth of about 20 m 280 m from the accelerator. According to the difference in the characteristics and composition of the neutrino beam at the near and far detector, the parameters of oscillations are determined, that is, the mutual transformations of various types of neutrinos on the way from the accelerator to the far detector "Super-Kamiokande". You can learn a lot about the properties of neutrinos from these oscillations.

"The duties were divided–" says Yuri Kudenko. – Each country had to make a material contribution to the experiment. For example, a magnet weighing about 1000 tons for the near detector was supplied by CERN. This is the same magnet that was used by Nobel laureate Carlo Rubbia to discover W bosons. It was cleaned of rust, painted and brought into working condition." 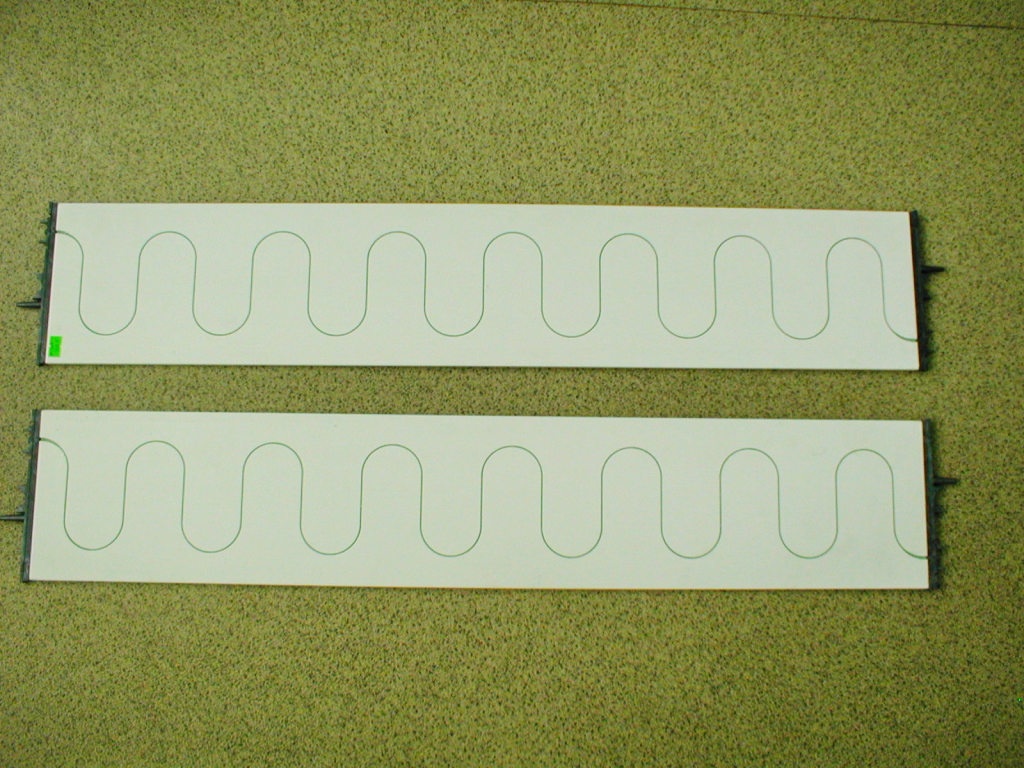 Photo 2. Muon detectors manufactured by INR RAS and Uniplast LLC (Vladimir) for the near neutrino detector of the T2K experiment.

Each country had to find its own funding for its part of the work. The Russian part, which consisted of 2,250 detectors (plus about 250 spare ones) (see photo 2), cost about $ 1.2 million, if we take only the cost of manufacturing, and $ 2 million, if we take into account all expenses, including the remuneration of specialists, transportation and travel expenses.

In 2009, the near detector was ready, in 2010, measurements with a neutrino beam began, and in 2011, the collaboration was waiting for a serious test of strength, and in the literal sense of the word: on March 11, the Great East Japanese Earthquake occurred, the one that destroyed the Fukushima nuclear power plant.

"Our employees met earthquakes right there in Japan," says Yuri Kudenko. - They were taken out by the Ministry of Emergency Situations by transport plane to Khabarovsk. That day we were just holding a seminar on the status of the experiment, and immediately after the seminar I was supposed to fly to Japan, but when I already arrived at Sheremetyevo, the Japanese managed to get through to us and tell me not to fly, because it's hell there. Even after two or three months, everything stood on end there, it was impossible to drive somewhere, the asphalt was twisted, the roofs were demolished, the windows were broken. The canteen was damaged, and for two more years people were brought food in traditional packaging - obento, but first of all the management of J-PARC decided to restore the experimental installation, with which all the employees agreed."

There were also great concerns about the safety of the detectors. Computers that were in the rooms fell off the tables and crashed. And what was going on there at a depth of 20 meters? I needed an inspection. For a couple of months there was a discussion on how to push apart and fix the halves of a magnet weighing a thousand tons. It was dangerous as the tremors continued. Only in autumn it was possible to provide safe access to the equipment.

Photo 3. ND280 near detector, which is located in a shaft about 20 m deep, with closed magnet halves (left) and with an open magnet (right).

"We conducted an inspection, started turning it on and everyone was amazed – all the detectors survived, none was damaged, everything was done so efficiently," says Yuri Kudenko. –We were surprised at first, and then very proud of our work."

The experiment continued. There was a set of statistics. INR scientists together with colleagues engaged in data analysis. To do this, subgroups were formed from the participants of the collaboration, who took on certain tasks. The formation of these groups was carried out in a "voluntary-compulsory manner", that is, on the one hand, at the request of people, on the other hand, forces were distributed so that the work went in all directions.

In general, the question of how a large international collaboration works in modern science is very interesting in itself. How is it possible to achieve coordinated and effective work of hundreds of scientists from different countries?

At the top of the T2K hierarchy are two co-chairs, one of whom must necessarily be Japanese, and the second must represent one of the countries that have made a critical contribution to the project. For example, now it is a representative of Switzerland. At the same time, both co-chairs are elected every two years by secret ballot with the participation of all authorized members of the collaboration.

"It is interesting that now a woman holds the post of co-chair from Japan, which is an extremely rare case for this country, despite all the latest trends," says Yuri Kudenko.